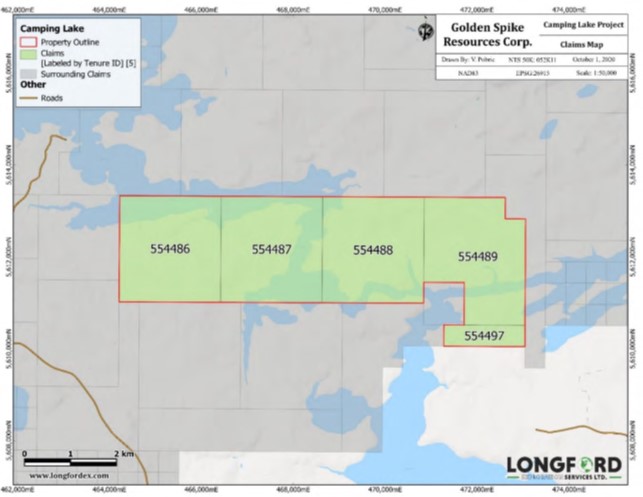 Gold was first discovered in the Camping Lake region in 1925 leading to the development of a transportation route between Sioux Lookout and Camping Lake. This route opened the Confederation Lake greenstone belt to prospecting and exploration which resulted in the discovery of several gold deposits which were put into production between 1930 and 1940.

The magnetic survey identified a distinct area of highly magnetic rocks southwest of the Camping Lake Property simultaneously occurring along a strong east-west lineament, possibly representing a significant local structural discontinuity or fault. Both the lineament and magnetic-high coincide with mapped occurrences of tonalite, which trends in a general, easterly direction towards Ear Falls. This trend is supported by regional magnetics. 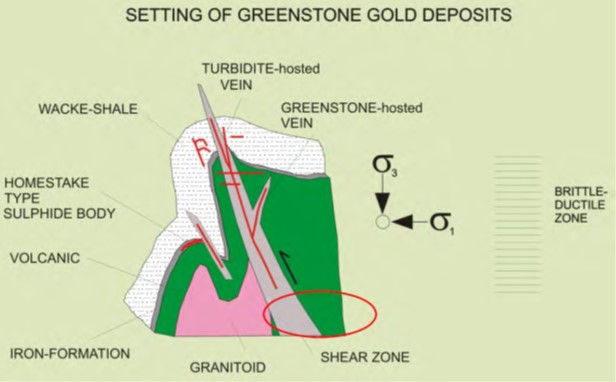 Areas of mapped metasedimentary rocks show a typical variable low-response magnetism over the Camping Lake Property. Predominantly east-trending subordinate lineaments emanate from the principal east-west lineament and appear to segment areas of high and low magnetic response within metasedimentary rocks. These subordinate lineaments may represent fault splay structures and appear to dissipate to the east away from the principal lineament.

Generally, a favorable pattern of potential intersecting structures and magnetic discontinuities can be observed across the survey area. It is unclear at this time whether the interpreted lineaments represent fault structures; therefore, further ground truth-mapping and geophysical interpretations are required to substantiate these preliminary interpretations.

A proposed phase 1 work program would include: